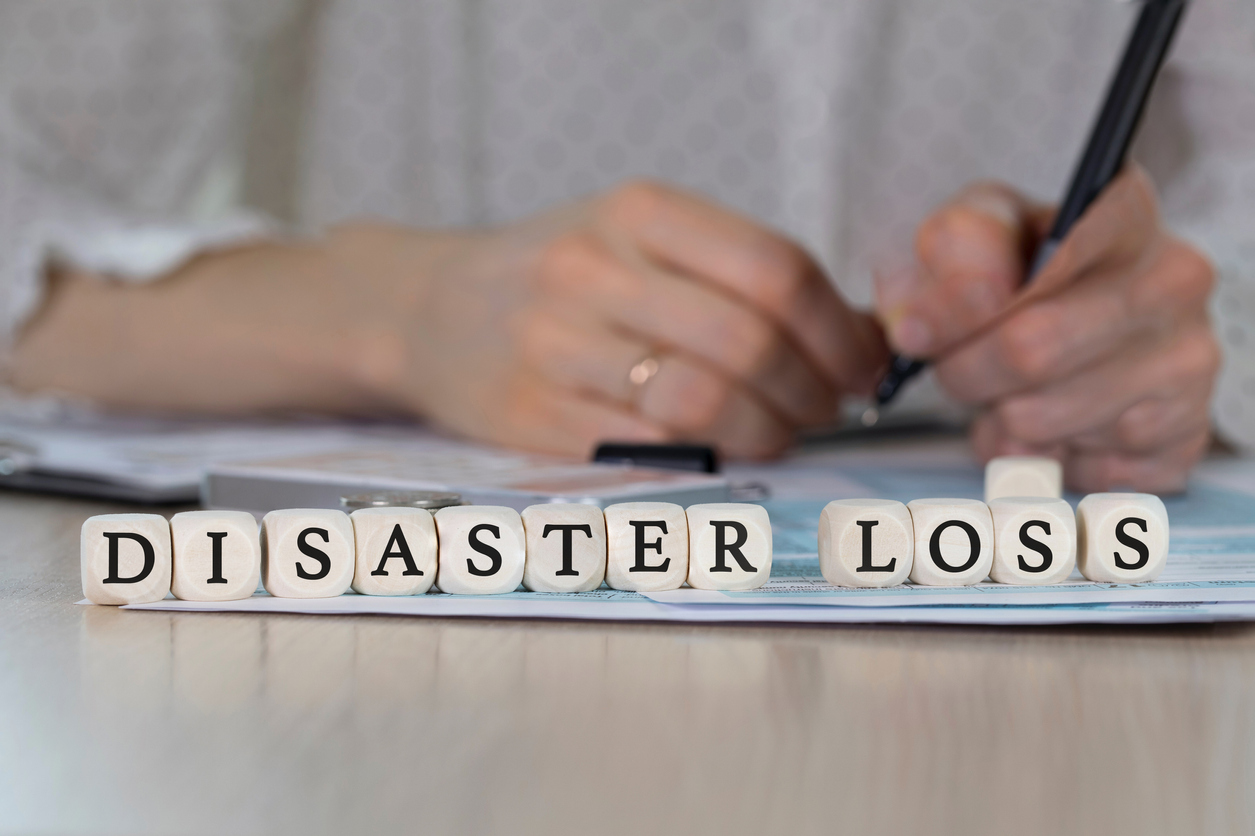 All too often we hear of damage caused by floods, fires, and other natural disasters. Special tax law provisions may help taxpayers and businesses recover financially from the impact of a disaster, especially when the federal government declares their location to be a major disaster area.

In general, taxpayers who suffer an economic loss due to a casualty may claim a deduction on their federal income tax return. A casualty is the damage, destruction or loss of property resulting from an identifiable event that is sudden, unexpected or unusual. For tax years 2018 through 2025, if the taxpayer is an individual, casualty losses of personal-use property are deductible only if the loss is attributable to a federally declared disaster (federal casualty loss).

A federally declared disaster is a disaster that occurred in an area declared by the President to be eligible for federal assistance under the Robert T. Stafford Disaster Relief and Emergency Assistance Act. It includes a major disaster or emergency declaration under the Act. Individual taxpayers who suffered casualty losses in these covered disaster areas can deduct those losses on their current or previous year income tax returns.

How do taxpayers calculate the casualty loss deduction?

Taxpayers calculate the amount of a casualty loss by:

When can taxpayers claim a casualty deduction?

Taxpayers can elect to deduct disaster losses on either their:

Individual taxpayers must complete Form 4684 to make the election and determine their casualty loss deduction. Taxpayers electing to deduct losses on their previous year return should include a statement indicating that they are making that election by adding the disaster designation, on the top of the form. The election must be made no later than six months after the original due date for filing their current year return.

If the taxpayer’s home is located in a federally declared disaster area, the taxpayer can postpone reporting the gain if they spend the reimbursement to repair or replace the home. Special rules apply to replacement property related to the damage or destruction of the taxpayer’s main home (or its contents) if located in these areas.

Insurance Proceeds and Other Reimbursement

Reconstructing records after a disaster may be essential for tax purposes, getting federal assistance or insurance reimbursement. After a disaster, taxpayers might need certain records to prove their loss. The more accurately the loss is estimated, the more loan and grant money there may be available. For taxpayers who have lost some or all of their records during a disaster, there are some simple steps to take that can help. The following information includes steps to take after a disaster, so taxpayers can reconstruct their records and prove loss of personal-use and business property.

Taxpayers who are participants in 401(k) plans, employees of public schools and tax-exempt organizations with 403(b) tax-sheltered annuities, as well as state and local government employees with 457(b) deferred-compensation plans may be eligible to take advantage of streamlined loan procedures and liberalized hardship distribution rules.

Get connect with a tax consultant before disaster strikes. Our Tax Advisory Services team is here to help!

You may also be interested in our blog, R&D Tax Credits Improve Liquidity for More Businesses.