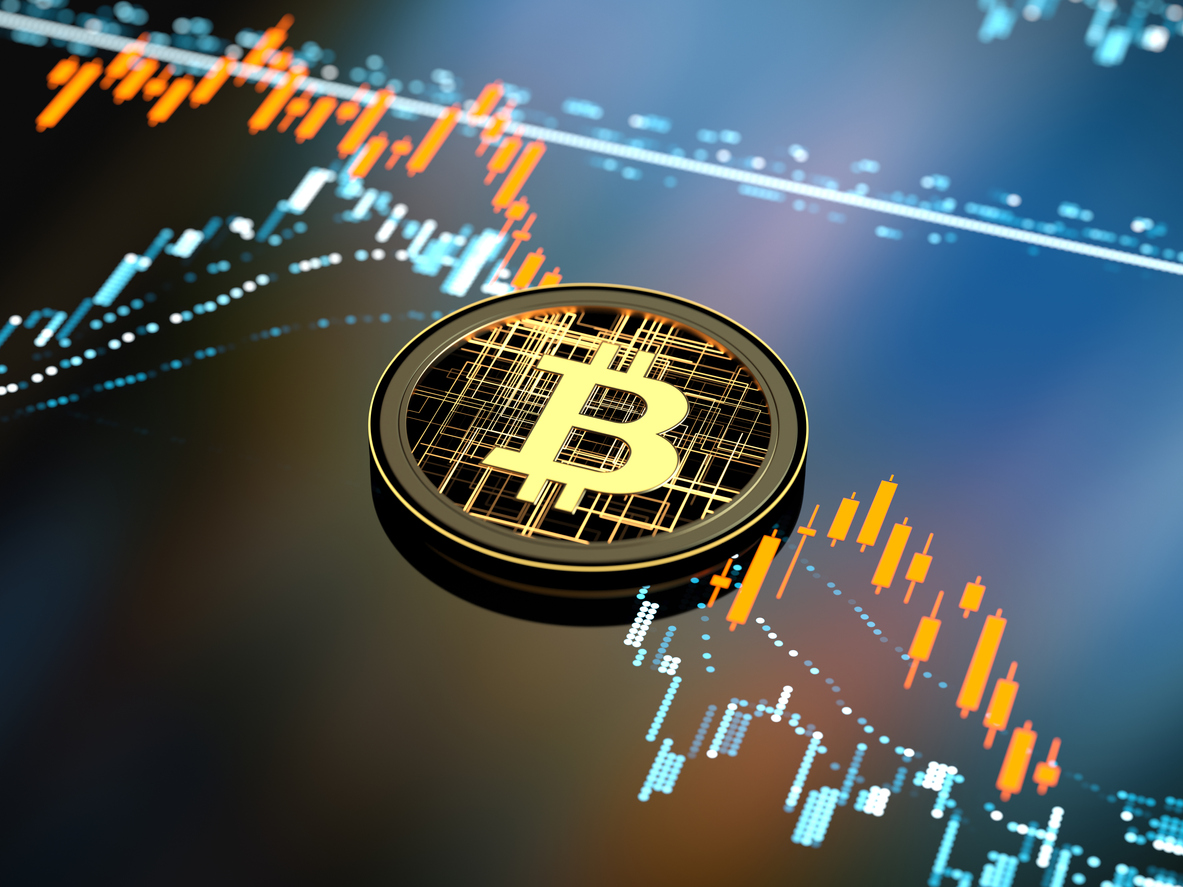 The IRS is explicitly providing the opportunity for non-compliant taxpayers who hold (or previously held) cryptocurrencies and failed to report them to the IRS to voluntarily come forward and avoid potential criminal prosecution. For practitioners in the business of assisting taxpayers with tax compliance, it’s déjà vu all over again. Previously, to ensure taxpayers fall outside the wrath of the IRS’s Criminal Investigation (CI) Division, the focus was on assisting taxpayers with reporting offshore bank accounts that had fallen off their radar; now, the focus is on ensuring that tax-payers report their virtual currencies or face potential criminal liability. For taxpayers who have quietly amassed large fortunes in the last few years dabbling in the purchase, sale, and barter of virtual currencies without disclosing the transactions’ federal income tax consequences to the IRS, now is their chance to voluntarily come forth.

On February 15, 2022, the IRS announced its expansion of a long-known voluntary disclosure practice that allows taxpayers whose conduct involved willful tax or tax-related noncompliance as a means of coming into compliance to avoid penalties and criminal exposure. The IRS-CI Voluntary Disclosure Program (VDP) requires taxpayers to apply for preclearance by filing IRS Form 14457, Voluntary Disclosure Practice Preclearance Request and Application, Part 1.1

Traditionally, the IRS provided an internal voluntary disclosure practice that encouraged taxpayers to come forward and disclose previously unreported income and unfiled returns, so long as the taxpayers had not been contacted at the time of the voluntary disclosure (referred to as the Offshore Voluntary  Disclosure Program(s) (OVDP)), among other specific prerequisites. The OVDP programs have been closed for some time. The remaining avenue for voluntarily reporting a previously omitted item of income is to apply to the IRS’s CI VDP by filing IRS Form 14457 as a starting point. Generally, noncompliance items consisted of a garden variety of issues, including ‘‘domestic,’’ ‘‘off-shore,’’ ‘‘estate and gift,’’ ‘‘employment tax,’’ etc. The IRS’s listing of ‘‘virtual currency’’ as an income tax noncompliance item shouldn’t be a surprise, albeit nascent in the development of de jour technology.2 Quite to the contrary, the IRS has been carefully and meticulously laying clues about the rise of monitoring and policing the activities of taxpayers surrounding the use of virtual currencies. In fact, the rise of virtual currencies has not gone unnoticed by the IRS in the last few years.3 Very generally, the IRS has qualified virtual currency as property for federal income tax purposes.4 While guidance has been particularly slow to trickle out, there has been some amount of information available for taxpayers to be sufficiently ‘‘on notice’’ that virtual currencies are not outside the reach of the country’s number one tax collector, the IRS.5

In July 2019, the IRS distributed more than 10,000 letters to prospective taxpayers reminding them of their potential reporting and tax obligations surrounding virtual currencies. Later that same year, the IRS issued newly revised Schedule 1, Additional Income and Adjustments to Income, attached to IRS Form 1040, in which taxpayers were asked to check a box as to whether, at any time during 2019, did they ‘‘receive, sell, send, exchange, or otherwise acquire any financial interest in any virtual currency?’’6 The following year(s), the same question was asked instead on IRS Form 1040 (2020 and 2021). For tax years 2020 and 2021, the accompanying instructions to Form 1040 indicate, ‘‘[i]f. . . you engaged in any transaction involving virtual currency, check the ‘‘Yes’’ box next to the question on virtual currency on page 1 of Form 1040. . . .’’7 The instructions specifically provide that the question may not be left blank.8

The instructions to revised IRS Form 14457 update the definition of a ‘‘financial account’’ to include ‘‘any type of relationship with a third party established to provide or engage in deposit-type services or other financial services. . . including]. . .virtual currency.’’9 The instructions further clarify that a non-compliant account includes ‘‘an account that was previously required to be reported on an information return or report (e.g., Form 8938 10 or FBAR 11) and was not reported.’’12 In the context of virtual currencies, the instructions to IRS Form 14457 indicate the breadth of the meaning of the term ‘‘virtual currencies’’ to include a plethora of possibilities.

IRS Form 14457 requires a list of all non-compliant virtual currency a taxpayer-owned or controlled or was the beneficial owner of, directly or indirectly, during a specific holding period. The instructions do not make a distinction between domestic or internationally hosted virtual currency exchanges or wallets; therefore, the rule engulfs all virtual currency (including those that are transacted using a foreign host). More specifically, the term non-compliance in the context of virtual currency requires a description of the manner of how the virtual currency was transacted as well as its location (ergo, the domestic versus international aspect(s)) and emphasize reporting the exchange, host wallet, and private wallet, among others, including a list of specific identifiers such as user ID, internal customer ID, and account number(s).

A very long time ago, some jurisdictions outside of the United States had perfected the art of bank secrecy through the establishment of numbered accounts. The relationship managers at the financial institutions were not even aware of the numbered accounts that corresponded to a particular customer, let alone whether a customer was American. Over the years, and over the many enforcement actions between the United States and the rest of the world, the processes of the proverbial ironclad secret bank account(s) were eventually punctured when the Foreign Account Compliance Act (FATCA) was born,13 and the United States executed a number of intergovernmental agreements with foreign jurisdictions to enforce FATCA.14 The IRS was finally able to learn the identities of non-compliant U.S. customers who held assets overseas in offshore banks through a series of agreements, protocols, and withholding tax regimes designed to punish a non-compliant financial party or individual that endeavored to participate in the U.S. capital markets but failed to play by its rules. It began by requesting a taxpayer to tick a box on Form 1040 to indicate whether the taxpayer held any offshore assets, much like it is beginning now with a checkbox pertaining to virtual currency. It led to an avalanche of enforcement initiatives and activities that brought enormous revenue to the agency in the context of offshore undeclared assets. The distinction between the two scenarios lies in the underlying technology of the assets  – in the case of virtual currency, the technology is the blockchain, which intrinsically relies on the principle that no third party actually knows the identity of the holder of the keys associated with a wallet. That knowledge remains solely with the taxpayer.

Therefore, while the IRS may control some aspects of virtual currency transactions through the issuance of IRS Form 1099-MISC, Miscellaneous Information, in the United States; the query now is whether the larger problem will remain outside of the United States much like numbered bank accounts before FATCA. In other words, taxpayers holding virtual currency in an exchange platform outside of the United States may remain at large because the system doesn’t allow for checks and balances to monitor the identity of virtual currency customers. Thus, the instructions to IRS Form 14457 require the taxpayer to provide a full picture of their worldwide noncompliant virtual holdings ‘‘whether domestic or offshore.’’15 This full picture includes; (i) how the assets were acquired, (ii) where they were held, (iii) a description of each virtual currency acquired, and (iv) rough estimates of total virtual currency per year (including number of units, costs basis, and other specifics).16 The collection of this data will provide additional resources for the IRS to better understand the playing field so as to better monitor, control, and enforce reporting of virtual currencies. In the meantime, taxpayers still have time to come forward and take advantage of the opportunity to correct their noncompliance and avoid prosecution, before it’s too late.

* Ms. Sahel Ahyaie Assar, Esq., is International Tax Counsel at the law firm of Buchanan, Ingersoll & Rooney. The views expressed in this article are those solely of the author. This article may be cited as Sahel Ahyaie Assar, Taxpayers Who Haven’t Reported Virtual Currencies May Now Do So Under an Updated Disclosure Program – Carpe Diem!, 63 Tax Mgmt. Memo. No. 5 (Feb. 28, 2022). 1 IRS News Release, IR-2022-33 (Feb. 15, 2022). The IRS Form 14457 and the corresponding Instructions is available at https://aboutbtax.com/1JE. 2 Blockchain is the underlying technology supporting virtual currencies. 3 IRS Filing Information, Virtual Currencies, available at https://www.irs.gov/businesses/small-businesses-self-employed/virtual-currencies. 4 Notice 2014-16. 5 See also Rev. Rul. 2019-24 (tax treatment of virtual currencies); Publication 544, Sales and Other Dispositions of Assets; IRS, Frequently Asked Questions on Virtual Currency Transactions, available at https://www.irs.gov/individuals/international-taxpayers/frequently-asked-questions-on-virtual-currency-transactions. 6 See IRS Form 1040 (2019), Schedule 1, Part 1, line Z. 7 See IRS Form 1040 (2021) and its Instructions, available at https://www.irs.gov/pub/irs-pdf/f1040.pdf (Form), and https://www.irs.gov/pub/irs-pdf/i1040gi.pdf (Instructions). 8 See IRS Form 1040 (2021) and its Instructions. 9 Instructions to IRS Form 14457, at pg. 15. 10 IRS Form 8938, Statement of Specified Foreign Financial Assets. 11 Report of Foreign Bank and Financial Account (FBAR). Under current law, U.S. citizens, lawful permanent residents, or persons with substantial presence in the United States must file an FBAR (Form 114, formerly Treasury Form TD F 90-22.1) with the Treasury Department’s Financial Crimes Enforcement Network (FinCen) if that person has a financial interest in, or authority over, any financial account outside of the United  States where the aggregate maximum value of the account(s) exceeds $10,000 at any time during the calendar year. See 31 U.S.C. §5314; 31 C.F.R. §1010.360(c). At the time of writing this article, FinCen does not require taxpayers to list virtual currency on an FBAR; however, in Notice 2020-2, the agency indicated its intention to revise Bank Secrecy Act rules to require reporting of virtual currencies in the future. 12 Instructions to IRS Form 14457, at pg. 15. 13 Pub. L. No. 111-147, Tit. IV, Subtit. A (passed as part of the HIRE Act). 14 Foreign Account Tax Compliance Act and corresponding Intergovernmental IGAs, available at https://home.treasury.gov/policy-issues/tax-policy/foreign-account-tax-compliance-act. 15 IRS Form 14457, Instructions at pg. 17. 16 IRS Form 14457, Instructions at pg. 17.